So when I made my Mexican feast over the weekend, I planned to include Mexican corn.  I would love to tell you that I wisely opted not to include the corn because the black beans and rice were enough sides for the table and we didn’t need the addition of the creamy, cheesy corn cobs, but the truth is that I forgot about them.  So a few nights later, after finding them in the outside fridge (where things get relegated when the kitchen fridge is too full) I decided to give them their own starring role in dinner.  I opted to make corn cakes because they could serve as a great vessel for all of the leftover sides we still had from our Chicken Verde and Short Rib Carnitas – the pickled onions, tomatillo salsa and avocados. 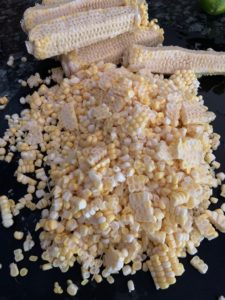 Put 2 cups of corn kernels in a food processor and puree. 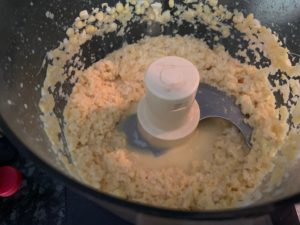 Combine the pureed corn with the softened butter, sugar and salt.  Mix well.

Stir in the yellow corn meal and flour and mix until blended.  Fold in the remaining corn kernels. 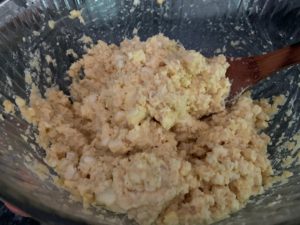 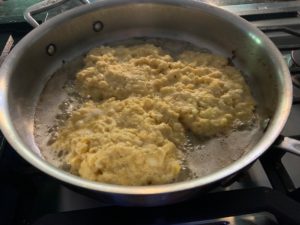 Since these cakes weren’t just a side dish but were the main dish, I fried sunny side eggs 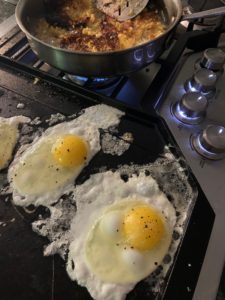 to place on top

and then added avocado, salsa and pickled onions.  It was a nice change in our dinner routine. 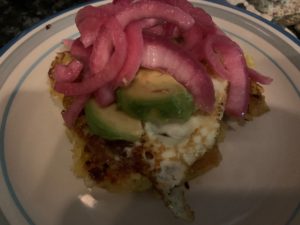 One Response to Corn Cakes – Pile Them High!