I am always trying to improve my skills in the kitchen, and a lot of time that involves trying out new gadgets and toys. I’ve experimented with pasta makers, sous vide machines, and immersion blenders, but I think the gizmo that might improve my cooking the most might also be the simplest. This week I bought a little $7 digital scale for the kitchen, and I can already tell it’s making me a better baker. If you’ve ever watched The Great British Bake-Off, then you know that America is pretty much alone in measuring baking ingredients by volume instead of by weight. And it’s obvious to see why no one else in the world does it this way; when you measure by volume, you might inadvertently pack the flour or sugar in too loosely or too tightly and mess up the recipe. We did a little experiment once we got the scale, and found that depending on how we scooped and evened it, the actual amount of flour in a cup could differ by up to 10%, which could really mess up a recipe like this one where you want a very wet and sticky dough. 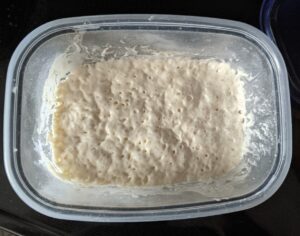 The other keys to this recipe revolve around taking your time with some of the important steps. First, you are going to want to make what’s called a poolish, which is basically a slurry of flour, water, and a pinch of yeast that you let ferment overnight. This bubbly concoction helps the baguette its signature chew and flavor. The other step that takes some patience is the kneading. Even in a stand mixer, it took me about 10 minutes to knead this dough to a point where it wasn’t a sticky mess, which is probably to be expected given how much water is in this dough. You just don’t want to rush it or you might not get the crust and air pockets that make a baguette so good. 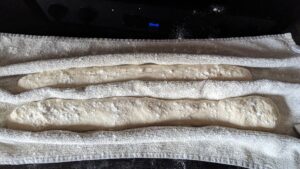 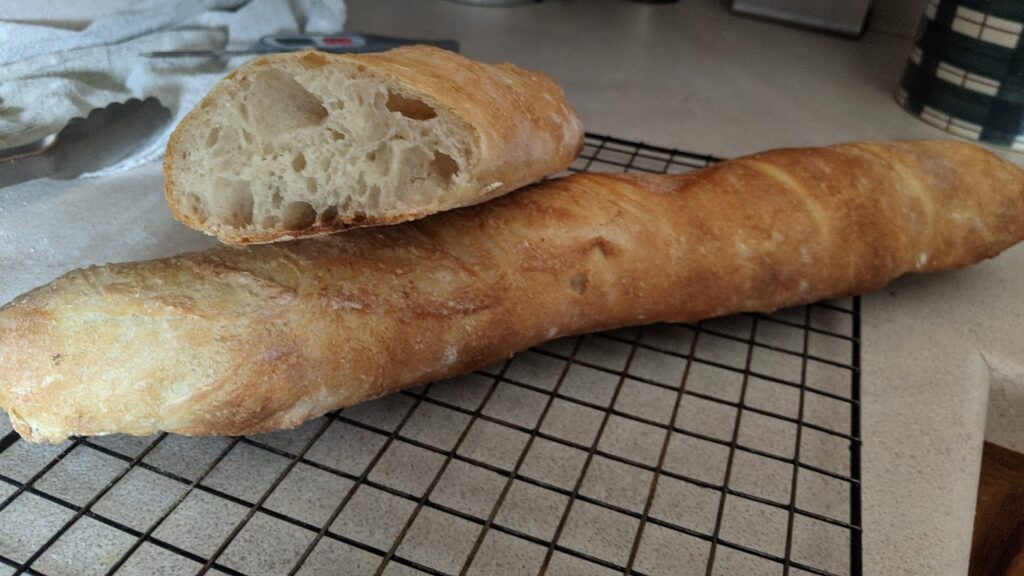 3 Responses to French Baguette – Worth the Wait (and the Weight)