Brownies are probably the dessert I make the most frequently. It’s a super easy recipe, comes together in one bowl (so cleanup is a synch), and have that rich, fudgy flavor and texture that makes it one of life’s simple joys. But the other great thing about brownies are their versatility; not only can you adapt the brownie recipe to make them cakier or denser, thicker or thinner, 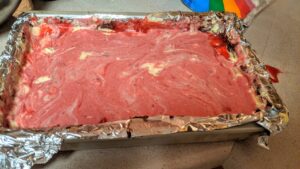 you can also play around with the flavors in really interesting ways. Whether that’s adding new flavors to the batter (try a pinch of cinnamon and cayenne for some interesting depth), or fun mix-ins like butterscotch chips or m&m’s, the limit really is your imagination.

So when I wanted to whip up something sweet last night, I of course started with a base of brownie batter. I go for the standard Baker’s One-Bowl Brownies recipe, though I do use a smaller baking dish than they recommend since I like my brownies on the thicker and fudgier sides. I also cut back 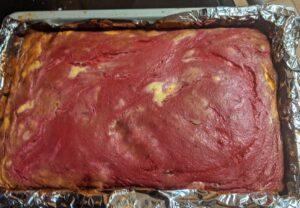 on the sugar in the brownie mix by a quarter cup or so if I know I’ll be doing a sweet topping. Next, I use my Kitchenaid to beat one packet of cream cheese until it is light and fluffy. This is a lot easier if the cream cheese is room temp, but if it’s not just scrape it off the sides of the bowl a couple times when it gets stuck, and you should be good to go in 2-3 minutes. I then add one egg, a teaspoon of vanilla, and 1/3 cup of sugar and beat until it is absolutely free of lumps, another 2-3 minutes. Next, split the cheesecake topping into two portions. Pour the first portion on top of the brownie mix in your baking dish, using a rubber spatula to make little swirls and crevices for the two to mix. Next, puree one package of raspberries and pass it through a fine mesh sieve to remove any seeds. Combine this with the other half of the cheesecake filling, and swirl this in with the plain cheesecake filling. Place in a 350 F oven and cook for 30-40 minutes, or until the center of the cheesecake topping is set (it should just barely shake if you jiggle the pan). Let cool and serve. 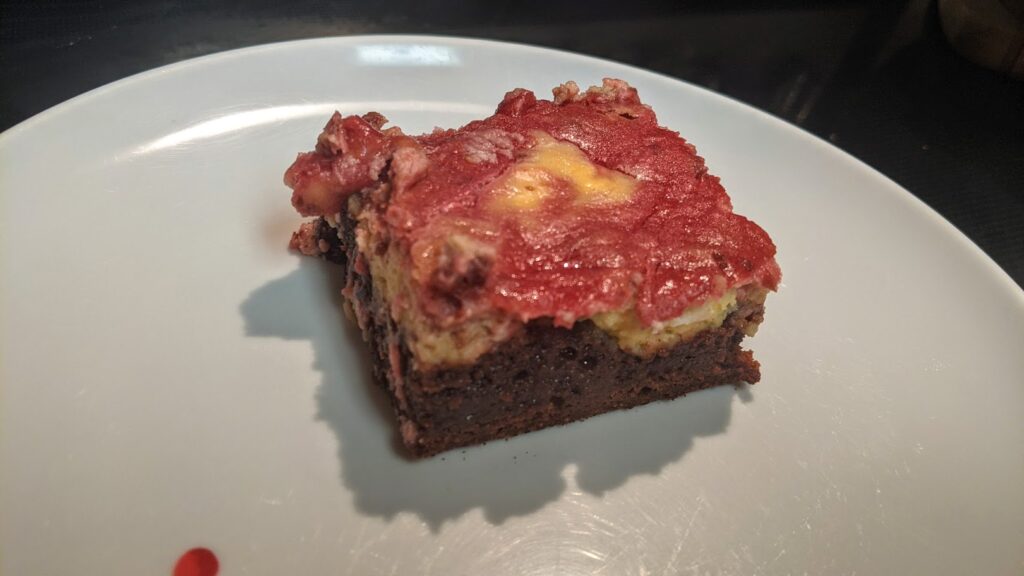